Name of the investor: The repairer is the Capital City of Prague, represented by a representative, Mott MacDonald, spol. s r.o.

Charles Bridge is the oldest bridge in Prague across the Vltava river and the second oldest preserved bridge in the Czech Republic. The Charles Bridge, which together with Prague Castle is probably the most famous monument of Prague, was built by Charles IV. The foundation stone for the bridge pillars was laid on July 9, 1357. Charles's court architect Petr Parléř took over the construction work. Also, under his leadership, an entry tower on the Old Town bank was completed between 1373 and 1380.

At present, the national cultural monument is also included in the prestigious list of UNESCO.

The Charles Bridge is made up of 16 arches of stone and connects the oldest part of Prague with the Old Town and Malá Strana. The length of the bridge is 516 m and its width is 10.40 m. After the Charles Bridge, a horse, trams, buses, and even automobiles that culminated in his road career followed. Fortunately, it is only for pedestrians, especially as a cultural and scenic promenade for visitors to Prague.

The new pavement layout is carried out in individual layers, each in the range of one longitudinal half of one bridge field.

The first layer is a layer of KSC (cementitious aggregate) with a thickness of about 50 to 400 mm, which is applied to the separating layer geotextile.

The second layer is the C 30/37 - XF1 gradient concrete layer (150 mm thick), which already forms the substrate for the Elimination spray. The eliminator is a membrane insulation made of two-component methacrylate resin material. The sprayed insulation is drained on the edge (approx. 200 mm in height) on the vertical side of the sill rail and ends here in a milled groove running 20 mm below the road surface.

The drainage layer is laid concrete cover layer of concrete C 30/37 - XF3 in thickness. 80 mm. This relatively inconspicuous layer is a construction worker called the "heitec" layer. This relatively thin layer has to be hidden and "skimming" in it the management of all the modernly needed engineering networks on the bridge, ie. gas lighting piping, gas lighting control cables, festive lighting cables, navigation lights cables, and camera system optical cables.

Network installs fi. ELTODO EG, a.s .. All nets are mainly stored in plastic troughs produced by fi. CWS s.r.o., under the tradename ZEKAN® 1 with a reduced sidewall of 75 mm.

Reason for the use of ZEKAN® 1 gutters: 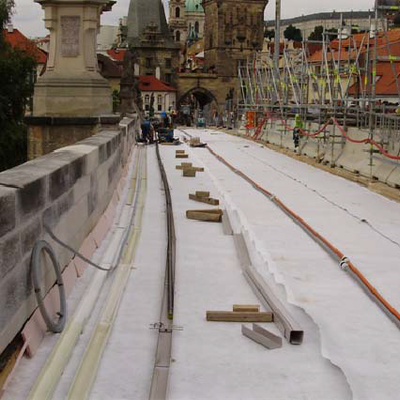 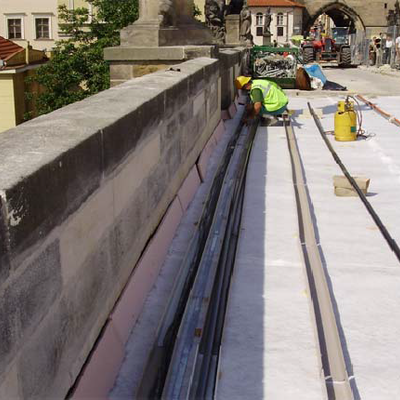 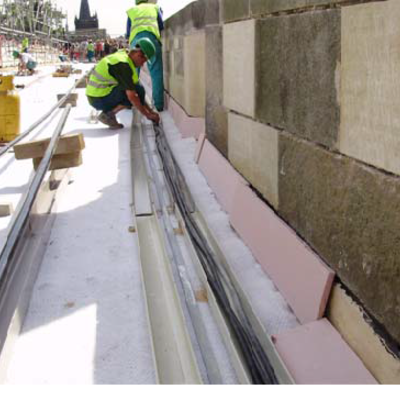 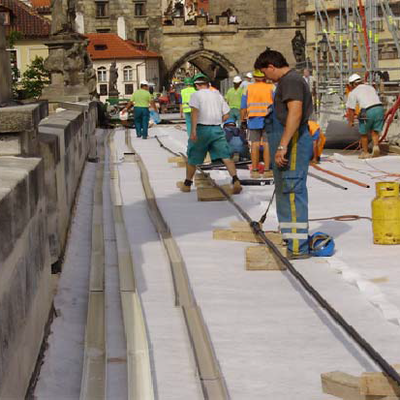 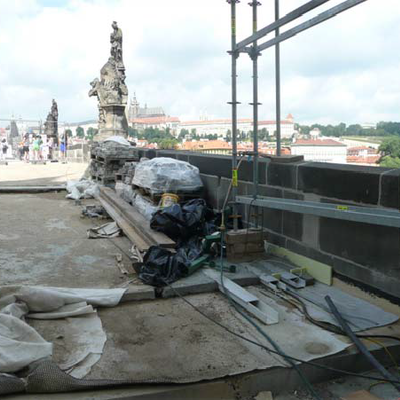 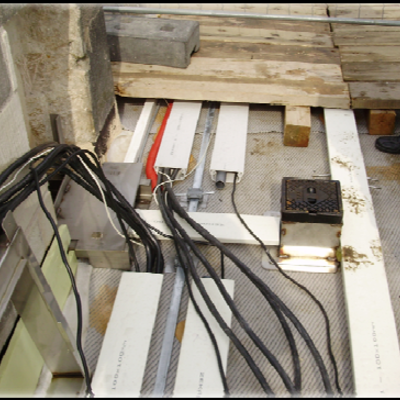 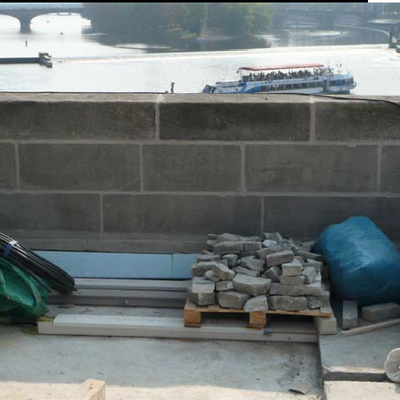 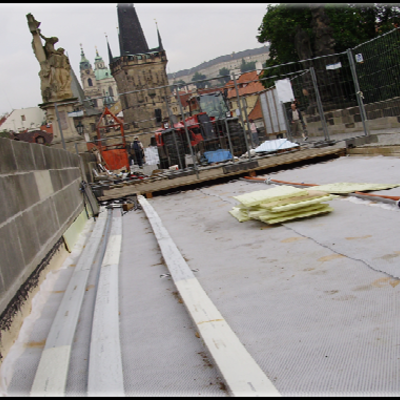 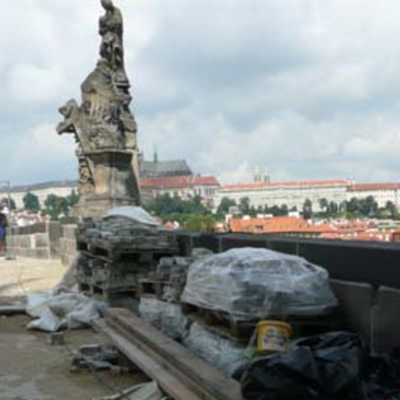 Write to us and we'll call back